The cover of “Viva la Vida” is illustrated by a painting by Delacroix “Liberty leading the people” which was painted in 1830 to commemorate the July Revolution which saw the people dethrone Charles X. Although, as Alexandre Dumas points out, Delacroix’s participation in these days was more sentimental than active, the painter, who had been a member of the National Guard, wished to represent himself on his painting. He’s the one we see wearing a top hat.

Was the smearing necessary?

Chris Martin is categorical, no one had, during this choice, measured the international fame of this painting. Asked about the song, the band members confirmed that the song referred to different revolutions, without explicitly pointing fingers at the French revolutions. This is the title song which tells of the fall of a king who imposed the painting by Delacroix. Many paintings and typefaces were tried in vain.

Viva La Vida also refers to Frida Khalo (Mexican painter) who, although totally depressed, still has the energy to inscribe this phrase of hope on her painting. It was this energy of despair of the Mexican artist who continues to create despite everything that appealed to Chris Martin, who certainly recognized himself in this process. 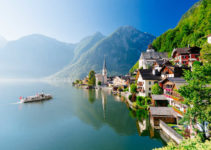