Faithful to his monthly appointment Slimane offers us a new cover “Les moulins de mon coeur” (ie. The mills of my heart) interpreted and composed by Michel Legrand in 1968. This song, written by the French composer for the Original Soundtrack of the American film “The Thomas Crown Affair “. received the Golden Globe and the Oscar for Best Original Song in 1969.

In the clip of Slimane directed by Meïr Salah, the artist walks in the water at sunset. 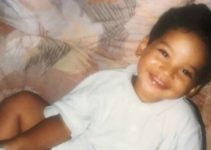